A platform for the Japanese football authority to assess its clubs and drive continuous improvement in footballing standards.

In partnership with Corvus London consultancy, Radical delivered the Raven Performance Platform, which is used by the Japanese football authority to assess its professional clubs and drive continuous improvement in their footballing standards.

The project showcases Radical’s end-to-end delivery capabilities. Initially Radical supported Corvus London with the definition of requirements for the platform and designed an initial UI vision for how it could look.

We then quickly moved into a delivery phase, whereby Radical launched the initial feature set for the J League and its 50+ clubs within a 20-week agile run. After the initial launch, Radical’s support and maintenance service kicked in, providing the client and end-users with priority access to the Radical team for any questions, issues, or ongoing development needs. 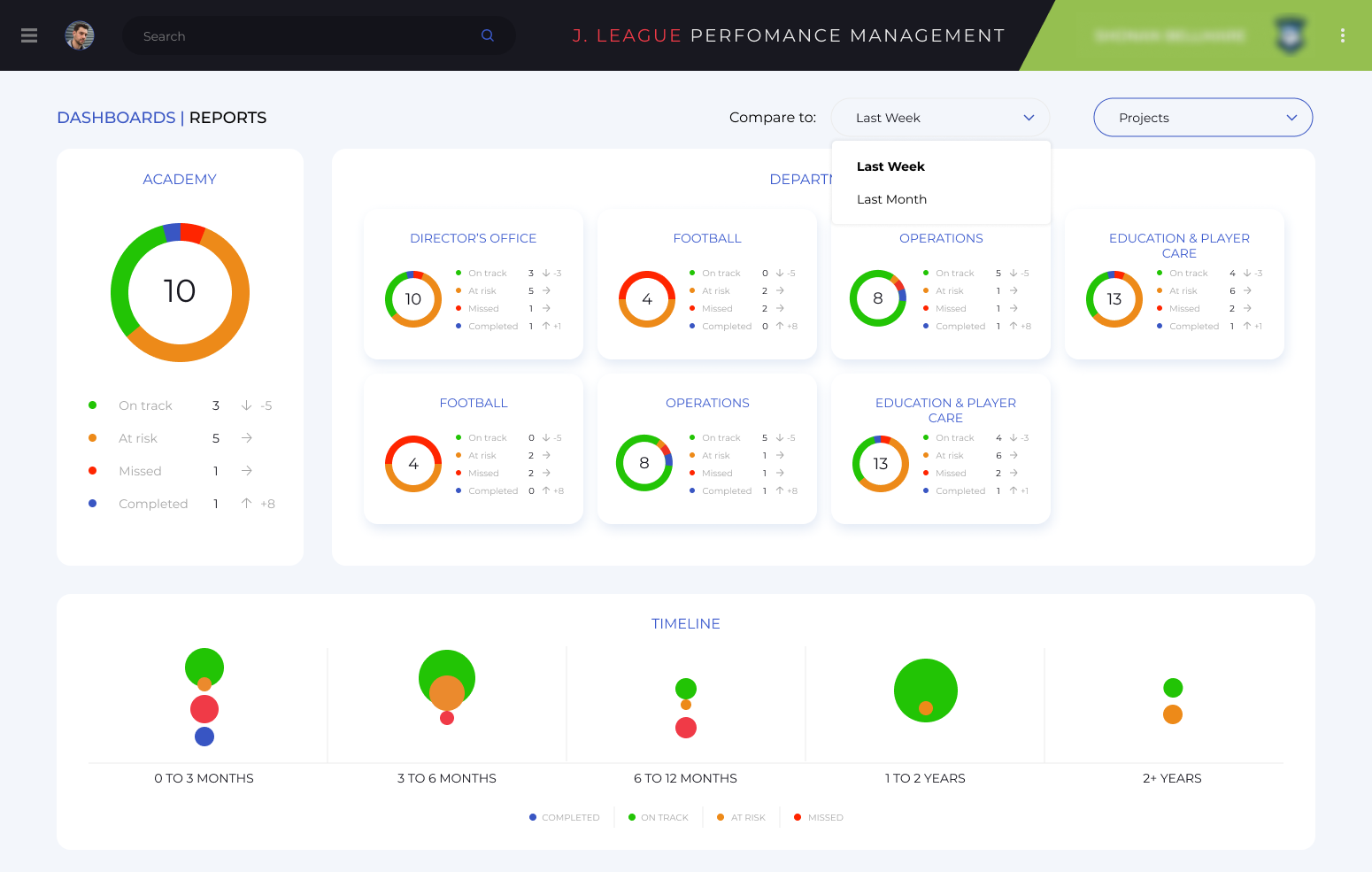 Several iterations later the project continues to go strong, with new features regularly added to provide a comprehensive solution for football clubs and their authority to drive improvements both on and off the pitch.

Clubs begin by assessing themselves against criteria set by the J League. In doing so, clubs will be required to share documents to prove certain criteria have been met and will create “actions” for relevant staff members for any criteria they don’t meet. This combination of audit, data collection, and project management is further strengthened by multiple levels of user permission (enabling all levels of staff at a club to participate safely), in-app chat functionality, and a calendar highlighting all key dates for the logged-in user.

A club’s data is then reviewed by the J League alongside a series of bespoke interviews and observations before a set scoring system is applied and a club is given an automated PDF report summarising the J League’s assessment of them, complete with recommended actions and next steps.

Other standout functionality includes a comprehensive automated translation system, with all content on the tool available in English and Japanese, including user-entered content and even documents uploaded. Utilising a third-party translation API, the tool automatically translates PDF, PPT, Word and Excel files to allow English and Japanese users to work seamlessly together. 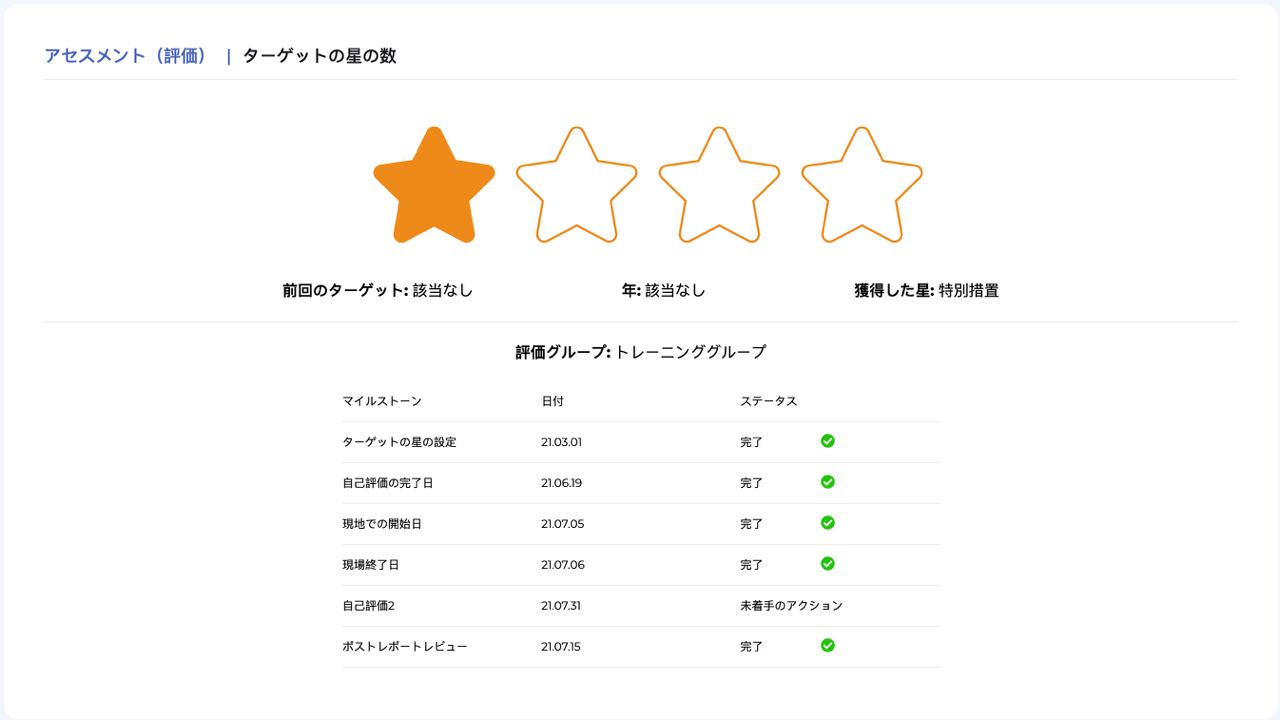 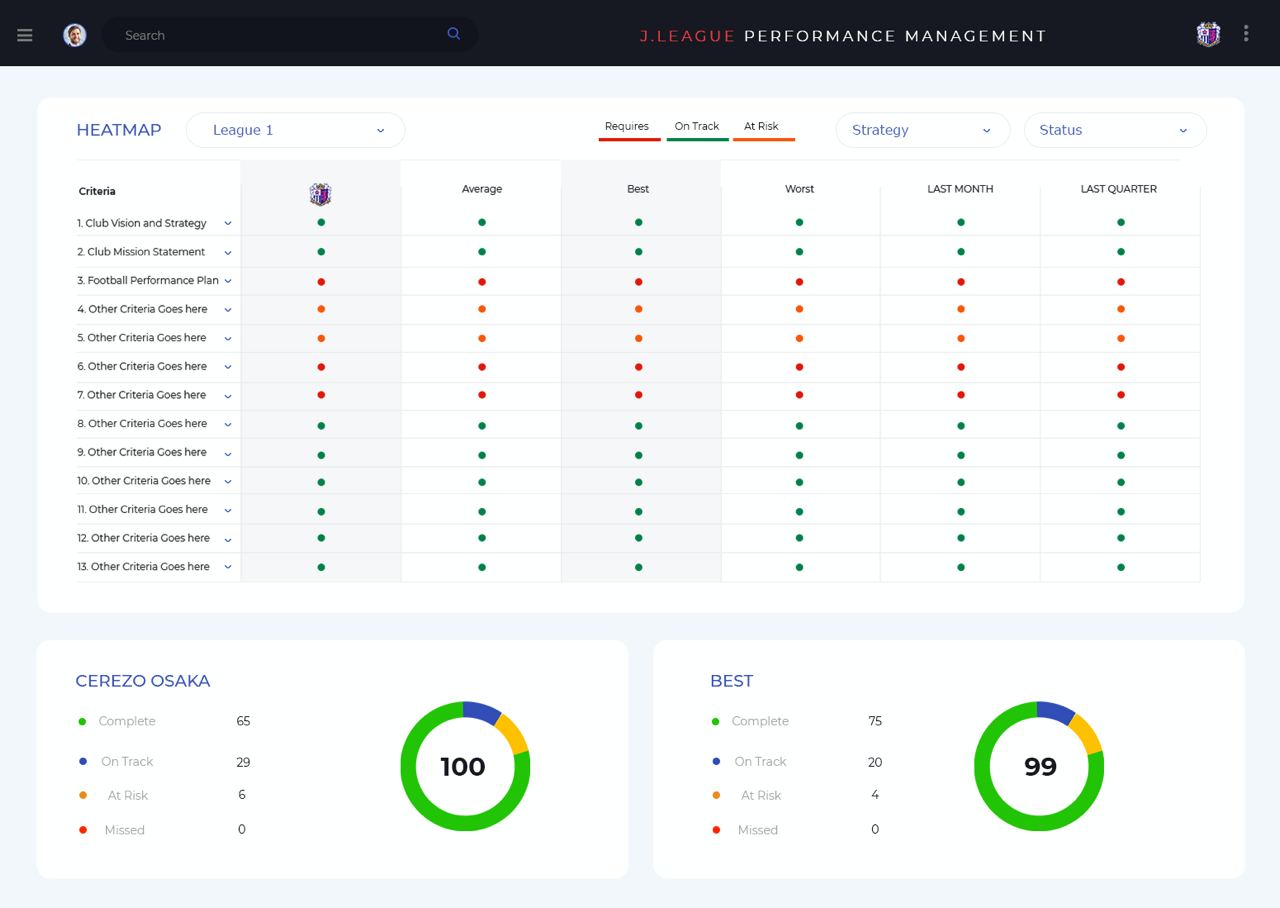 The project has been a great success and plans are in place to extend the system further with some exciting new functionality. There’s also the possibility for Corvus London to reposition the platform for other clients and industries, as the auditing, project management and assessment features are easily transferable.